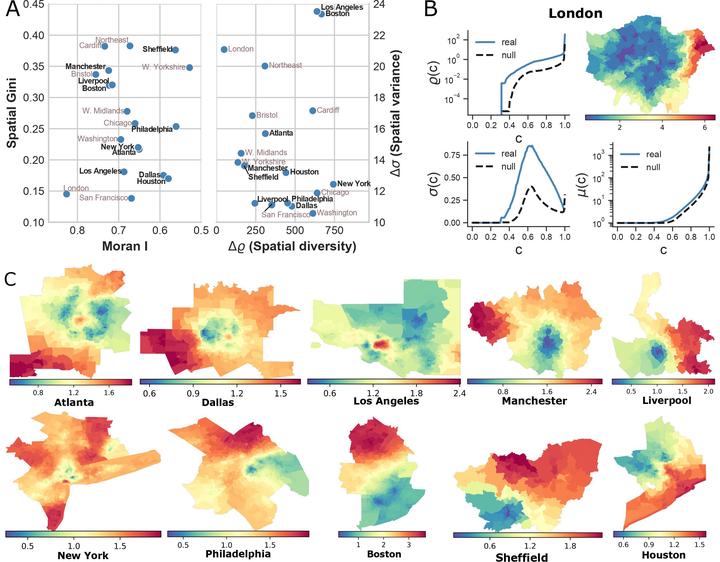 Socioeconomic segregation is considered one of the main factors behind the emergence of large-scale inequalities in urban areas, and its characterisation is an active area of research in urban studies. There are currently many available measures of spatial segregation, but almost all of them either depend in non-trivial ways on the scale and size of the system under study, or mostly neglect the importance of large-scale spatial correlations, or depend on parameters which make it hard to compare different systems on equal grounds. We propose here two non-parametric measures of spatial variance and local spatial diversity, based on the statistical properties of the trajectories of random walks on graphs. We show that these two quantities provide a consistent and intuitive estimation of segregation of synthetic spatial patterns, and we use them to analyse and compare the ethnic segregation of large metropolitan areas in the US and the UK. The results confirm that the spatial variance and local diversity as measured through simple diffusion on graphs provides meaningful insights about the spatial organisation of ethnicities across a city, and allows us to efficiently compare the ethnic segregation of urban areas across the world irrespective of their size, shape, or peculiar microscopic characteristics.